When Marathon Oil and Marathon Petroleum parted ways in 2011, Marathon Oil became a small fish in a big pond, with a name that led to brand confusion. By 2014 the company was also facing the biggest industry downturn in decades. But, despite the many challenges, their new CEO had an audacious vision: to transform Marathon Oil into a Premier Independent exploration and production company. The business needed a confident, striking brand, and a true partner to help them get there. That’s where Hundred came in.

A statement of intent

The challenge was to move perceptions from ‘so, so’ to ‘wow!’, without spooking the market. This wasn’t just about looking good, it was about amplifying the brand position so that every message consistently promoted the strategy. Working closely with Marathon we decided it was pragmatic to retain the logo, while pushing the brand to the max to reflect the ambitions of the Exec team.

By the time the brand was rolled out internally in 2016, employees readily embraced it. They could already see the positive changes it embodied reflected in their reality. The external launch began with the new website in 2017 — this won plaudits far and wide and a few prestigious awards too. Now Marathon Oil is succeeding as a top performing organization, with a brand to match.

“Establishing a strong brand identity requires the development of a foundation of real values and a relevant corporate culture to support it. To navigate through that process, we partnered with Hundred Brand and they have steered us to success” 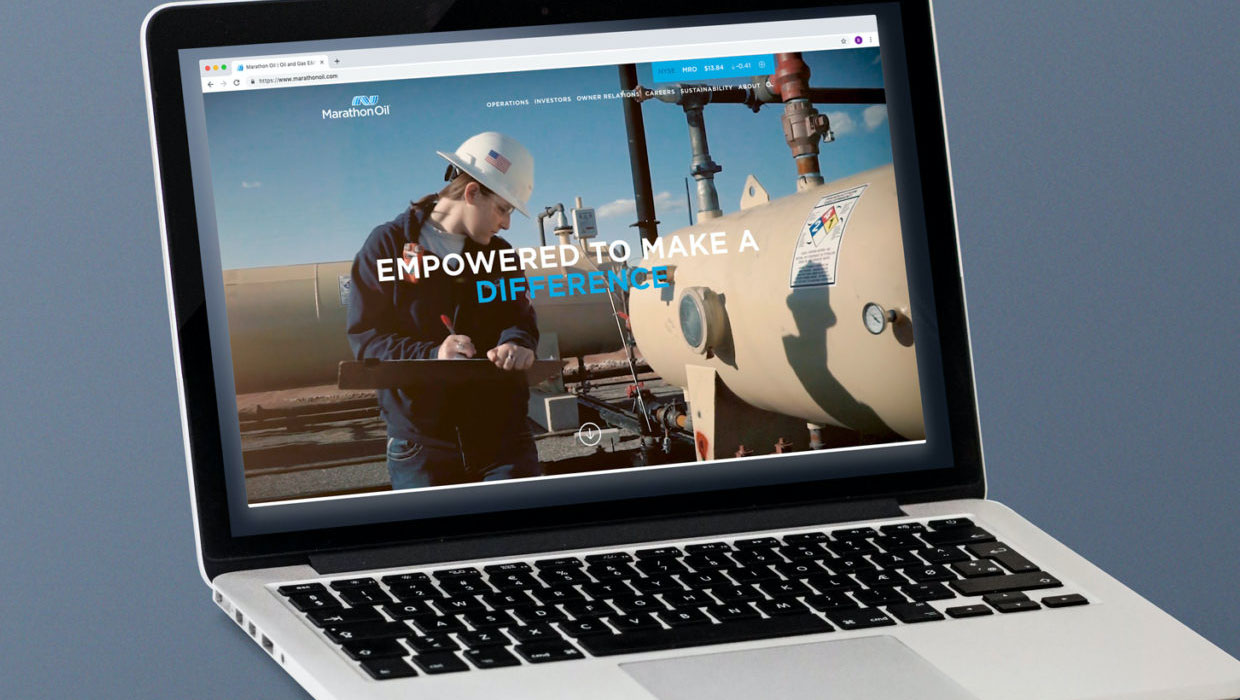 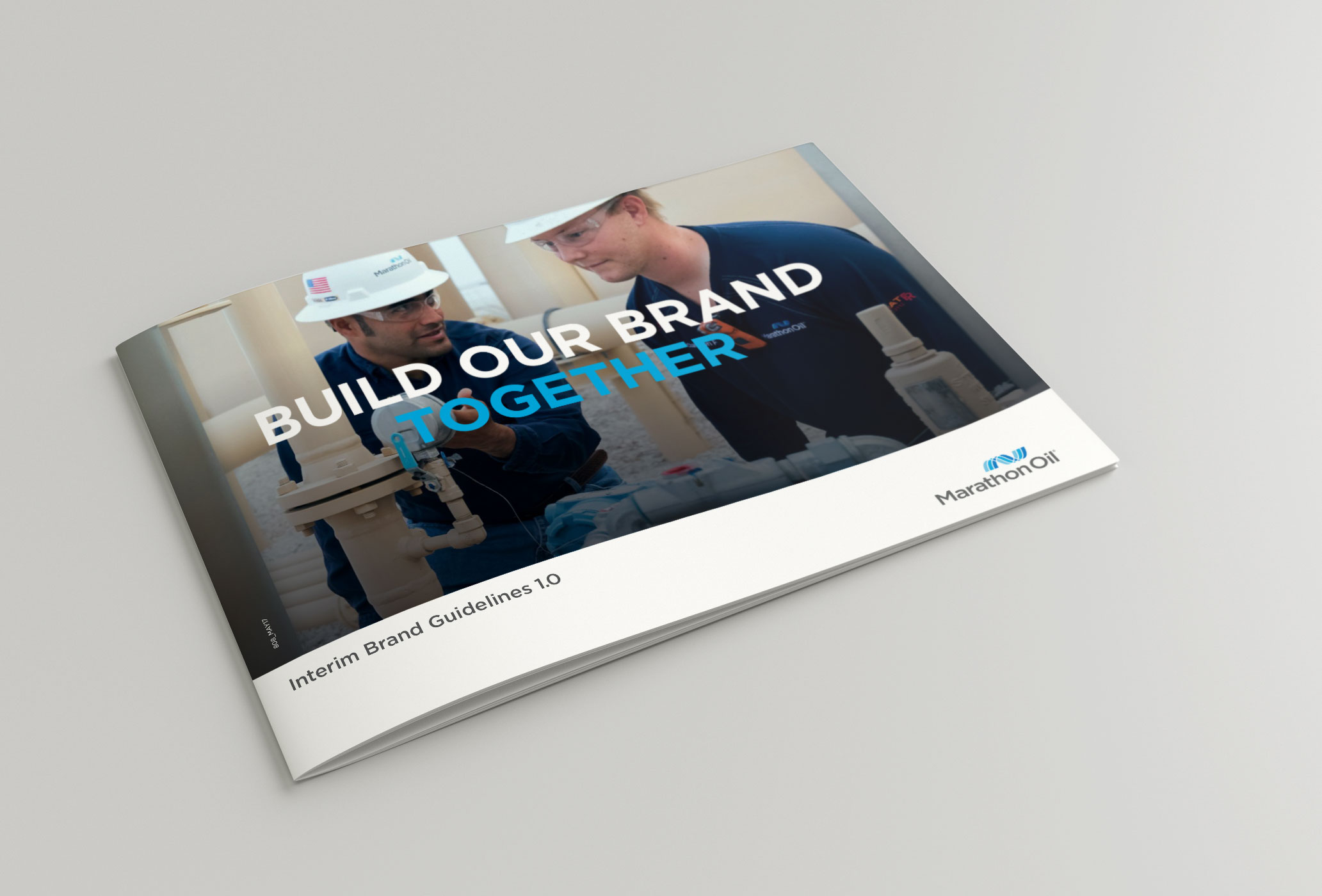